How to extract audio from DVD

Have you ever tried ripping audio from DVD as MP3/WAV/OGG/M4A/WMA file? This article will talk about this aspect in details. Of course, DVD to iPad Converter is an essential program.

2. Add DVD to the converter 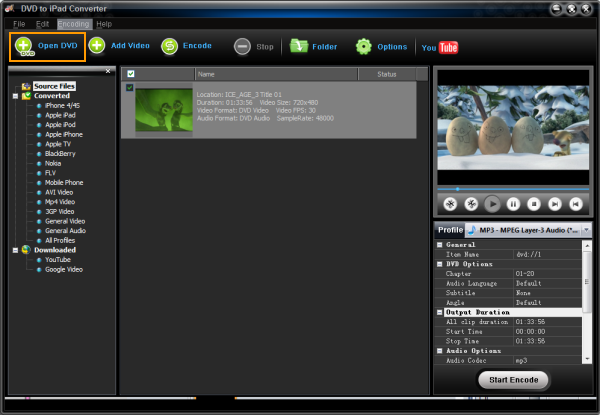 Run Socusoft DVD to iPad Converter, click “Open DVD” button to import the DVD. Or you also can drag the DVD resource to the middle area of the converter. 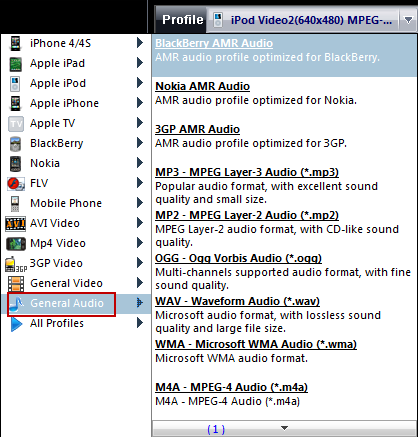 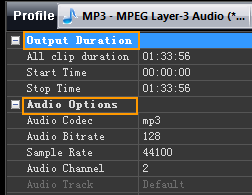 5. Find the output video
After the conversion is completed absolutely, click the “Folder” button to find them. Then you can transfer the audio to your device.

How to Convert FLV to WAV Audio

I have talked about WAV audio, and this article will focus on how to convert videos to WAV audio. I will take FLV to WAV as an example. Of course, DVD to iPad converter is a must.
1. Install DVD to iPad Converter
Download Website: http://convert-dvd-ipad.com/download.php
2. Add video to the converter 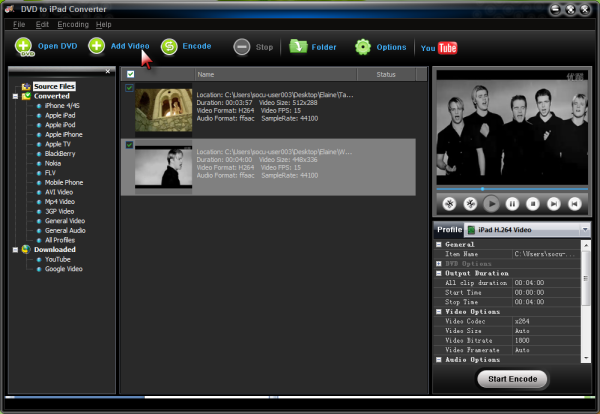 Run Socusoft DVD to iPad Converter, click “Add Video” button to import the flash video (FLV). You can preview the video in the built-in mini player as well. 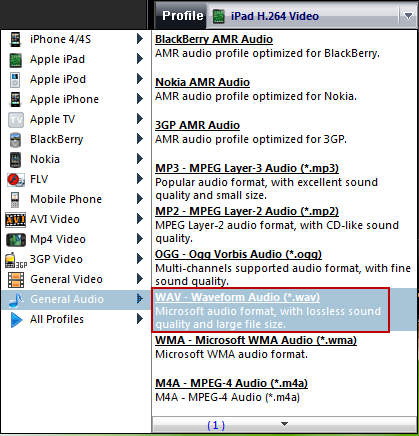 (2)Do some basic edition
I have talked about this in details already, so please refer to How to Do Some Basic Video Edition with DVD to iPad Converter.

4. Start to convert
Click “Start Encode” button to start the video to audio conversion. All the videos will be converted one by one, so there is no need to reset output video parameters once again. It’s very convenient.

5. Find the output video
After the conversion is completed successfully, click the “Folder” button to find them.

A Differentiation Between WMA and WAV

There are so many video and audio formats. Have you ever mixed some of them together? I am usually confused with some of them, such as MP4 and M4V, WMA and WAV, MOV and WAV, etc. I have made a comparison between MP4 and M4V. This article will focus on the difference between WMA and WAV.
1. WMA

Windows Media Audio (WMA) is an audio data compression technology developed by Microsoft. The name can be used to refer to its audio file format or its audio codecs. It is a proprietary technology that forms part of the Windows Media framework. WMA consists of four distinct codecs. The original WMA codec, simply known as WMA, was conceived as a competitor to the popular MP3 and RealAudio codecs. WMA Pro, a newer and more advanced codec, supports multichannel and high resolution audio. A lossless codec, WMA Lossless, compresses audio data without loss of audio fidelity (the regular WMA format is lossy). WMA Voice, targeted at voice content, applies compression using a range of low bit rates. WMA is the most common codec of the four WMA codecs.

Waveform Audio File Format (WAV) is a Microsoft and IBM audio file format standard for storing an audio bitstream on PCs. Though a WAV file can hold compressed audio, the most common WAV format contains uncompressed audio in the linear pulse code modulation (LPCM) format. The standard audio file format for CDs, for example, is LPCM-encoded, containing two channels of 44,100 samples per second, 16 bits per sample. Since LPCM uses an uncompressed storage method which keeps all the samples of an audio track, professional users or audio experts may use the WAV format for maximum audio quality. WAV audio can also be edited and manipulated with relative ease using software. The WAV format supports compressed audio, using, on Windows, the Audio Compression Manager. Any ACM codec can be used to compress a WAV file. The user interface (UI) for Audio Compression Manager may be accessed through various programs that use it, including Sound Recorder in some versions of Windows. 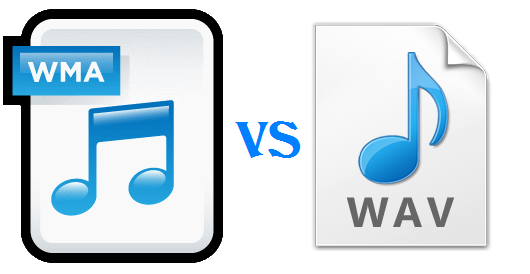 3. WMA VS WAV
WMA and WAV are two formats storing audio information in a digital format. They serve the same purpose, but they are very different from each other. The main difference is how they encode the data. WAV is a lossless codec that encodes the data faithfully. In comparison, WMA is a lossy codec, which does not encode a faithful copy of the original audio. WMA uses techniques identifying information that humans are not very sensitive to. The identified information is discarded to reduce the actual data that needs to be encoded. But because of how WMA works, it does not lend itself to sound editing as the sound will degrade every time the audio is saved or re-encoded.
In conjunction to the lossy coding technique, WMA can compress the final file as well. While WAV can’t compress the file. The techniques used by WMA can create files that are approximately 10% the size of files created by WAV. This creates two performance effects on the playing devices. The small size of WMA allows the device to access the storage media a lot less often. But, the nature of WMA means that it needs additional processing power to decompress and decode the actual data. The performance effects though are not really very significant to affect most modern devices.
WAV was very popular more than a decade ago because it was the default audio format by Microsoft Windows. Nowadays, having extremely large files is unacceptable because storage space is always limited. WMA and other lossy codecs are preferred in storing music files by most people as those provide the best trade-off between size and sound quality. People who prefer lossless formats also steer away from WAV as there are better alternatives.
4.  Summary
(1) WMA is a lossy codec while WAV is a lossless codec;
(2) WMA is compressed while WAV is not;
(3) WMA needs more processing power while WAV tends to use the media more;
(4) WMA is widely used while WAV is not so widely used.