Make A Comparison Between MP4 and M4V

21th century is the digital and information age. Multimedia is a very common resource on the web and can be accessed through various gadgets. It comes in large number of formats, and this article will pay attention to the differences between two popular formats—Mp4 and M4v. 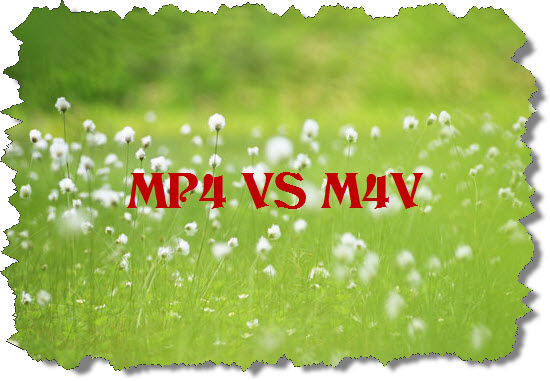 1.     MPEG-4
MPEG-4 is a method of defining compression of audio and visual (AV) digital data. It was introduced in late 90s and designated a standard for a group of audio and video coding formats and related technology agreed upon by the ISO/IEC Moving Picture Experts Group (MPEG) . Usage of MPEG-4 includes compression of AV data for web (streaming media) and CD distribution, voice (telephone, videophone) and broadcast television applications of the created MPEG-4 files.

2.    MPEG-4 Part 14 namely Mp4
MPEG-4 Part 14 or simply MP4 is a multimedia container format standard specified as a part of MPEG-4. It is most commonly used to store digital video and digital audio streams, especially those defined by MPEG, but can also be used to store other data such as subtitles and still images. Like most modern container formats, MPEG-4 Part 14 allows streaming over the Internet. A separate hint track is used to include streaming information in the file. The only official filename extension for MPEG-4 Part 14 files is “.mp4”. The online community has benefited greatly because Mp4 has provided a faster loading, higher quality broadcast media for average internet users.

Indeed, Mp4 has become an immediate huge hit. It has set the bar and became the foremost standard for internet broadcast and streaming. Programmers have found it easy to integrate the Mp4 format on various venues and applications particularly on websites. Its use for sales and marketing has been invaluable not to mention the entertainment and informational value it provides.

3.    M4v
M4V is a multimedia file format specifically designed for Apple products such as the iPhone, iTunes, iPod, and iPad. M4v is made for those digital products originally. Apparently, M4v has become more and more popular thanks to the increasing popularity of Apple products. So M4v is now supported by many new programs, players, and gadgets.

4. M4V VS MP4
M4v, similar to the general Mp4, is also based on MPEG-4 but it uses AVC video compression. It can be said that M4v is very close to Mp4. The differences are the optional Apple’s DRM copyright protection, and the treatment of AC3 (Dolby Digital) audio which is not standardized for the Mp4 container.

Apple uses the M4v files to encode TV episodes, movies, and music videos in the iTunes Store. The copyright of M4V files may be protected by using Apple’s FairPlay DRM copyright protection. To play a protected M4V file, the computer needs to be authorized (using iTunes) with the account that was used to purchase the video. However, unprotected M4V files without AC3 audio may be recognized and played by other video players by changing the file extension from “.m4v” to “.mp4″. Under QuickTime, M4v video with FairPlay attached to it is identified as AVC0 Media.

5.    Summary
(1). Mp4 is developed to make multimedia applications on the internet faster and of better quality while M4v is specifically developed for Apple products such as Apple iPod, iPad, iPhone, and iTunes.

(2). Mp4 and M4v are similar to each other in many aspects. However, the copyright of M4V files may be protected by using Apple’s FairPlay DRM copyright protection.

(3). Originally, M4v was only played on a computer via iTunes while Mp4 is much more universally supported and can be played with a variety of players.

(4). Mp4 came to the scene first while M4v was later popularized with the development of Apple products.

The comparison above is my differentiation between the two similar formats.
There are many tutorials about Mp4 and M4v formats, including how to convert videos to Mp4, how to convert Mkv to M4v on Mac, etc.