What Is iOS Jailbreaking?

Jailbreaking originally means prison escaping. Nowadays it has an expanded meaning in iOS jailbreaking which is the process of removing the limitations imposed by Apple on devices running the iOS through the use of hardware/software exploits, such as iPhone, iPod touch, iPad, and second generation Apple TV,etc. Jailbreaking allows iOS users to gain root access to the operating system, allowing them to download additional applications, extensions, and themes unavailable on the official Apple App Store. The name refers to breaking the device out of its “jail”, which is a technical term used in Unix-style systems. A jailbroken iPhone, iPod touch, or iPad running iOS can still use the App Store, iTunes, and other normal functions.

Jailbreaking is necessary if the user intends to run software not authorized by Apple. Under the Digital Millennium Copyright Act, although Apple has announced that the practice “can violate the warranty”, jailbreaking iPhones is legal in the United States. 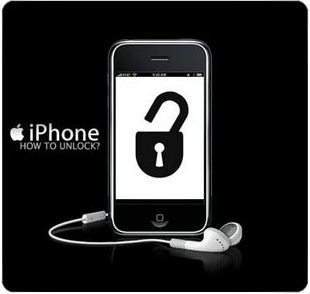 Advantages and disadvantages for jailbreaking
1. Expanding the feature set limited by Apple and Apple App Store.
Most jailbreaking tools automatically install Cydia, a native iOS APT client used for finding and installing software for jailbroken iOS devices. Users install these programs for purposes including personalization and customization of the interface, adding desired features and fixing annoyances, and making development work on the device easier
2. Use of handset on multiple networks
Jailbreaking also opens the possibility for using software to unofficially unlock iPhones so that they can be used with other devices. Software-based unlocks have been available since several years ago, with each tool applying to a specific iPhone model and baseband version (or multiple models and versions).
3. Censorship
Some users look for software beyond the App Store to express opposition to Apple’s censorship of content through the app approval process. For example, in early 2010, Apple banned an app submitted by Pulitzer Prize-winning cartoonist, Mark Fiore, because it “ridiculed public figures”, in violation of Section 3.3.14 of the iPhone Developer Program License Agreement. Apple later called Fiore and asked him to resubmit his app for approval. In late 2010, Apple banned the use of apps that allowed users to donate money to non-profit organization and charities. Apple also banned a WikiLeaks app, stating it “violated their developer guidelines”). As the list of banned apps continues to grow, some users have found jailbreaking to be a viable alternative to Apple’s censorship of content.
4. Shortcoming
Installing software published beyond the App Store has the potential to affect battery life and system stability if the software is poorly optimized or frequently uses resource-draining services (such as 3G or Wi-Fi).

Have you made a general understanding about iOS Jailbreaking? There is another usefull app for Apple devices: DVD to iPad Converter.

How to enjoy Music Video on Apple TV

2. Add video to the converter 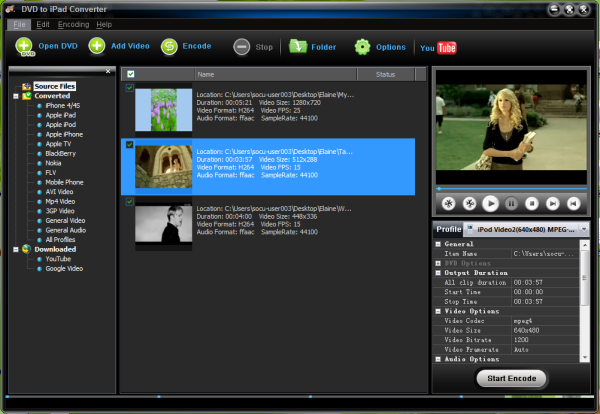 Run Socusoft DVD to iPad Converter, click “Add Video” button to import the music video. You also can preview the video in the built-in mini player. 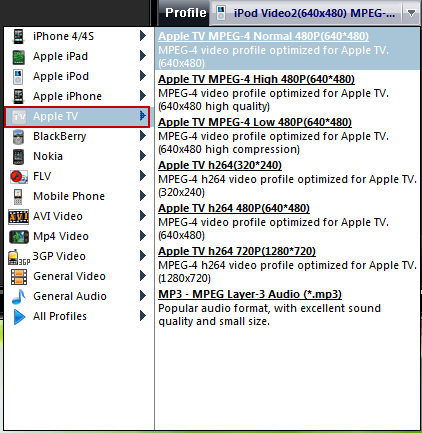 Choose an appropriate format in the “Apple TV” list. There is a brief description about the output format: MPEG-4 video profile optimized for Apple TV. That’s why some MP4 videos are still incompatible with Apple products.

(2)Do some basic edition
I have talked about this in details already, so please refer to How to Do Some Basic Video Edition with DVD to iPad Converter.

4. Start to convert
Click “Start Encode” button to start the conversion. All the videos will be converted one by one, so there is no need to reset output video parameters once again.

5. Find the output video
After the conversion is completed successfully, click the “Folder” button to find them. Then transfer them to Apple TV.

Convert MKV to M4V on Mac

Not all videos can be played on Apple iPad/iPod/iPhone, Apple TV. Or we can say that these Apple products can only support some fixed video formats, such as M4V. But what can you do if you would like to enjoy a video with MKV format on some Apple product? Subler is a nice free converter to convert MVK to M4V. It’s very easy to operate. I will explain the entire process of conversion in details.

Step1. Download and install Perian. Because the Subler cannot work without Perian; 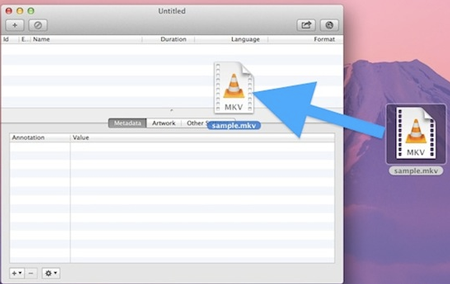 Step5. Click ”Save” button to save the M4V file and select a folder in the “where” box. 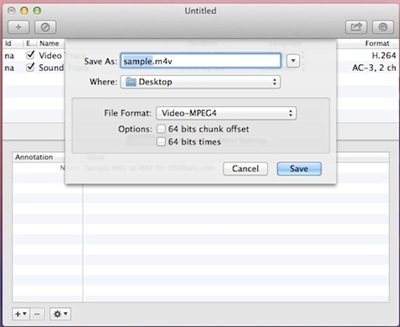 Then you will see the “saving” progress. There is no need to wait for a long time in spite of the original size of MKV video resource thanks to the converting speed of Subler. Then the output M4V video can be synced through iTunes to the Apple products which can support M4V format.

The only function of Subler is to convert MKV to M4V. If you have videos with other formats, you have to download some other converters to meet your special needs. It’s too troublesome. So you may consider installing a converter which can convert any video resource available to almost all popular formats, such as Apple iPod/iPad/ iPhone, Apple TV, Blackberry, Nokia, FLV, Mobile Phone, AVI Video,MP4 Video and 3GP video, etc. You can download the DVD to iPad Converter for Mac V3.3.1.